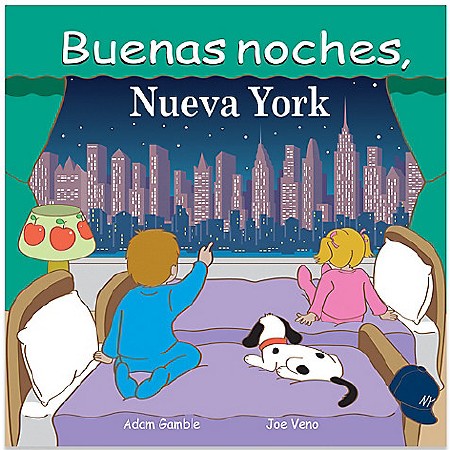 Many of North America’s most beloved regions are artfully celebrated in these board books designed to soothe children before bedtime while instilling an early appreciation for the continent’s natural and cultural wonders. Each book stars a multicultural group of people visiting the featured area’s attractions—such as the Rocky Mountains in Denver, the Georgia Aquarium in Atlanta, Lake Ontario in Toronto, and volcanoes in Hawaii. Rhythmic language guides children through the passage of both a single day and the four seasons while saluting the iconic aspects of each place. Showcased in this book about the Big Apple are New York City’s skyline, the Statue of Liberty, the Brooklyn Bridge, the Staten Island ferry, the Metropolitan Museum of Art, the Bronx Zoo, Central Park, Coney Island, Broadway shows, police officers and firefighters, yellow taxi cabs, hot dog vendors, and much more.